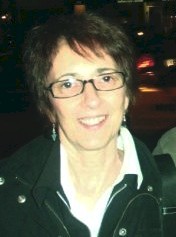 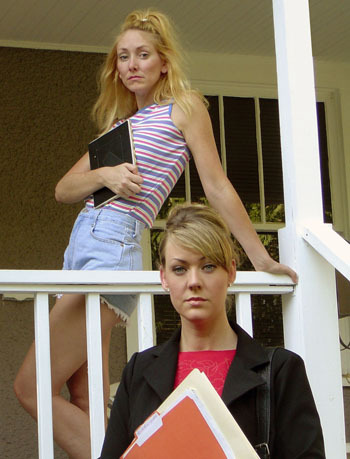 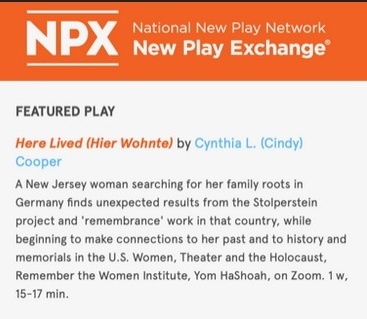 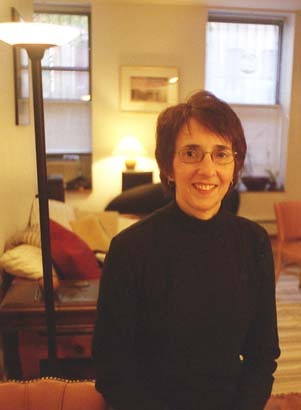 See info on: Works of Art * Sentences and Words * The Spoken and The Unspoken * Casa * Gretel Bergmann * At the Train Station in Munich * Beyond Stone * Entrepreneur * Olympic Dreams * Here Lived (Hier Wohnte * Saving Grace * Fox & Hounds * Mountain * Swinging Marilyns * Spyglass * How to Be a Bum * Smash the Glass * Subterrano * Intervention * A Date At Last * The Accounting Department * Earth Magic * Bend the Arc * Good Trouble (for Zoom) *Stoneman * Heaven Scent * The Box * Speaker View * * Password (for Zoom) * The Prize * All Databases Are Incomplete * The Alchemy of Zoom * The Brief: Ruth Bader Ginsburg * more

The owner of a small luxury goods retail establishment finds a strange customer in her shop with an even stranger request. What do you do when someone needs to come in from the dark? Single set, 2 w., 15 min. Inferno Project, New Circle Theatre Company, Chain Theater, NYC; Lunch Pail Theatre, Theater on the Lake, Yellowknife, Canada, 2014; Wings, NY, Playwrights One-Acts. Read on NPX.

ALL DATABASES ARE INCOMPLETE

AT THE TRAIN STATION IN MUNICH

With Nazi soldiers all around, a Jewish-German underground worker summons an inner strength while awaiting a train that will take her to safety. [15 min, 2 w] Anne Frank Center USA; Resistance, Women and the Holocaust, Remember the Women Institute at the Center for Jewish History, directed by Ludovica Villar-Hauser. Recognizing Yom HaShoah with Women, Theater and Resistance to the Holocaust; Untold Stories of Jewish Women, 2018, Museum of Jewish Heritage, NYC; Published 2021 in 'She Persisted: Plays by Women Over Forty,' Applause Books/Rowman and Littlefield. Read on NPX.

An American woman searching for her family roots in Germany finds unexpected results from the Stolperstein project and 'remembrance' work, leading her to reexamine her 'roots,' experience the vast reach of the Holocaust, and imagine how similar remembrance work might apply to U.S. history, as well. Women, Theater and the Holocaust, Remember the Women Institute, Yom HaShoah, on Zoom. 1 w, 15-17 min. View online at the Center for Holocaust Family Research and Memorials, here. Featured Play, NPX, October 2021. Read on NPX.

A gay couple's relationship is challenged when they seek to order flowers to welcome their soon-to-be-adopted daughter, but encounter an unwilling florist. [40 min., 3 w, 1 optional voice (OS or on)] New Circle Theatre Company, Sandbox, directed by Lisa Pelikan, Mar 21-24 2019. Read on NPX.

THE SPOKEN AND THE UNSPOKEN

A Jewish woman is denied an opportunity to complete in the Olympics in Germany, 1936 (part of "How She Played the Game") [8 min. , 1 w]: The Anne Frank Center USA; The Shed, Brooklyn, featuring Stacey Linnartz; Women, Theatre and the Holocaust, Center for Jewish History, Remember the Women Institute: Review. Untold Stories of Jewish Women, 2018, Museum of Jewish History, NYC.

HOW TO BE A BUM

A man proves that being a panhandler is not the only way to qualify for bumdom. Comic drama. Flexible set, 1 m., 30 min. [Lakeshore Players, MN; Playwrights' Center, MN; Hutchinson Festival of New Plays (featuring Richard Pahl), KN.]Cynthia Cooper's 'How to be a Bum' is a funny lecture on the art of panhandling. Cooper definitely has a good ear for gags.

SUB TERRANO
Or In the Basement

A man and his sister-in-law, fleeing from Death Squads to a safe haven in the U.S., are visited by a man unknown to them. Political drama. Unit set, 3 m., 1 w. [Spanish/English language ability for 2 m and 1 w], 20 min. [Art & Work Ensemble, NYC; Reading, Primary Stages, Melanie Joseph, dir.]

A DATE AT LAST

Two women, roommates but not lovers, discover another kind of entanglement when the mother of one visits. Comic. [3w.] [WOW Cafe, NY, produced by Hear Us Out, Zenobia, dir., featuriing Connie Winston.]...comedy that takes you on a roller coaster ride of an unusual relationship, and an even more unusual date. The Villager.Finalist Out on the Edge Playwrighting Festival; planned production: Greece. Read on NPX.

~THE BOX -- A young Jewish girl (played by an adult) in Queens in 1948 helps her parents fill a care package for the man who hid them in Poland during the Holocaust, and now faces his own difficulties as a result. As those rescued reach back to aid their rescuer, the girl sorts through memories and finds caring amid the ugliness of the War and Holocaust. Inspired by a true story. [15 min, 1 w] May 2019: Remember the Women Institute, Women, Theatre and the Holocaust, Yom HaShoah recognition event. Read on NPX.

~STONEMAN -- Margory Stoneman Douglas, a journalist and activist, appears from the past to bolster a distraught Parkland teenager after the tragic mass shooting at the school named after Douglas. [10 min, 2 w]. Read on NPX.

~A REFUGEE LIVES TO SURVIVE -- A Congolese woman tries to rebuild her life in South Africa after suffering unspeakable violence in her homeland. Based on an interview by HIAS. [7 min. 1 w] In an Afternoon of Art and Theatre at VIOLATED!, Ronald Feldman Gallery, NYC, sponsore by Remember the Women Institute. Read on NPX.

~GOOD TROUBLE -- A ZOOM version of 'BEND THE ARC,' as two intrepid women prepare for a 2020 protest and add masks to their list of sartorial worries.

~DISAPPEARING ACTS -- A Lebanese woman in Germany must change her life when her husband, mistakenly seized by the CIA, disappears physically and then returns a shell of himself, while American lawyer tries to get justice for them. [10 min, 2 w., 1 m.]

~HELL OF A TIME -- A stylized performance piece based on newspaper text about war and war games. 8 min., 3 m, 1w or more. [THAW: Theatre Against War, Manhattan, dir, Marcy Arlin]

~RULES OF ENGAGEMENT -- A community radio host interviews a former US soldier about saving bombed children, while heads of the military can only describe 'collateral damage.' 10 min., 1 w, 4 m.

~OVER THE LINE -- The only woman pitcher in pro baseball, Mamie 'Peanut' Johnson closes up a shop devoted to the Negro Leagues and shares her fastball wisdom. [1 w AA, 10 min.] The Future is Female NYC/29th St Rep; Honor Roll Playwrights, Theater for The New City

~ODE -- In a serio-comic short play, a woman refuses to hear the murder confession of a friend who accompanies her to buy an urn for her deceased husband. Single set, 2 w, 10-15 min

~FOOL ME ONCE -- A Theramin-playing woman magician is approached by a girl who wants to learn the tricks of the trade. [1 w., 7 min.] Future Is Female/MultiStage, dir Lorca Peress

**Click here for
Full-Length Plays;
Plays for Young Audiences;
Play Publications;
Monologues and Sketches
Bio, Grants and Awards;
Or return to PLAYS - MAIN at top of page and turn to appropriate link.