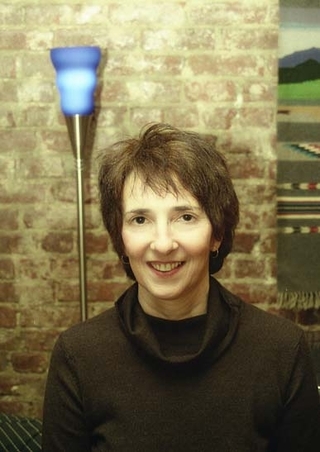 The Note from Sisters of Sisters.

NEW! "All Databases Are Incomplete" A woman explores her love of enumeration and counting while reviewing her experiences with domestic violence. 1w, 10 min. 'Artists and Writers Respond to Domestic Violence,' Remember the Women Institute.

NEW! "Here Lived (Hier Wohnte)" A New Jersey woman searching for her family roots in Germany finds unexpected results from the Stolperstein project and 'remembrance' work, leading her to undertand the vast reach of the Holocaust and to imagine how similar memory work might apply to U.S. history, as well. Women, Theater and the Holocaust, Remember the Women Institute, Yom HaShoah, on Zoom. 1 w, 15-17 min. Watch online at the Center for Holocaust Family Research and Memorials, here.

NEW! "The Box" In 1948, a young Jewish girl (played by an adult) in Queens helps her parents fill a care package for the man who hid them in Poland during the Holocaust, sorting through memories and new understandings along the way. Based on a true story. [15 min, 1 w] May 2019: Remember the Women Institute, Yam Hashoah reading.

"A Congolese Refugee Lives to Survive" A woman tries to rebuild her life in a new country after suffering unspeakable violence. Based on an interview by HIAS in South Africa. [7 min, 1 w African or African American] An Afternoon of Theatre and Art at the Ronald Feldman Gallery, NYC, Sponsored by Remember the Women Institute, April 15, 2018.

"Over the Line: Mamie 'Peanut' Johnson" Baseball player Mamie Johnson becomes the first professional woman pitcher, throwing in the Negro Leagues even as the teams of all-women players refuse to consider her. [10 min. 1 w]

NEW! "A Knock on the Door" A South Asian lawyer for asylum seekers takes an unconventional route to getting help for a teenager stuck in detention at the border.

"Fool Me Once" A rare woman in the field of magic is convinced to take on an apprentice. [6 min., 1 w] The Future is Female Festival, MultiStages Theatre Co.

"The Note" from "Sisters of Sisters": teen, female; Ginny takes a step of independence, while remembering her sister's solace at a time of need. 3 min. [See Publications, "Monologues for Students Actors II", Roger Ellis, ed.]

"Pinhole Camera" from "Strange Light": The camera that Shue inherited from her father is full of memories of their search for the perfect picture. 5 min. CONTATCT for further information. Also see STRANGE LIGHT, Full Length Plays.

"Althea Gibson" Shake hands and smash the ball, Althea Gibson tells herself as she enters the tennis courts of Wimbeldon, the first Black person to win the championship. 10 min. [See Publications, "Great Monologues from The Women's Project," edited by Kristin Graham; "Women Heroes." From HOW SHE PLAYED THE GAME, Full-Length Plays.

"Heroes" An American of Middle Eastern descent, delivering messages to the "heroes" wonders why a gang chased him along the way. 7 min. CONTACT for further information.

"Unchained Melody" A woman entering a Northwest bar sees that chainsaws must be checked, but the buzzing she hears is from the memory of her ex. 3 min. CONTACT for further information.

"Eye-Five" Persuaded by his aunt to take pictures of his life in American, a young man of Middle Eastern descent discovers the universal importance of hands in meditation and spirtuality. 10 min. CONTACT for further information.

Click here for information on
Full-Length Plays;
One-Act and Short Plays;
Plays for Young Audiences ;
Play Publications ;
Bio and Awards
or return to PLAYS-HOME and click on appropriate link.